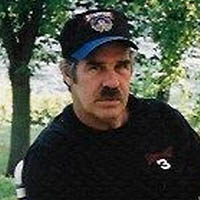 He was also preceded in death by his two brothers, Duane Elliott and Sherwood Elliott.

He was a veteran of the Vietnam War having served in the United States Army. Gary was a member of Harbor of Hope Pentecostal Holiness Church. He was an avid Dale Earnhardt fan, a classic car enthusiast, and loved his cat, Daisy.

He is survived by his wife of 39 years, Cindy Brookman Elliott; two sons, Benjamin Scot Elliott and Barry Lynn Elliott; one sister and brother-in-law, Greta and Jerold Shephard; brothers-in-law and sisters-in-law, Steve and Julie Brookman, and Tommy and Kristen Brookman; sister-in-law, Jeannie Brookman; and several nieces and nephews.

Special thanks to the Blacksburg Rescue Squad, and the doctors and nurses at Lewis-Gale Hospital Montgomery in the ER and ICU.