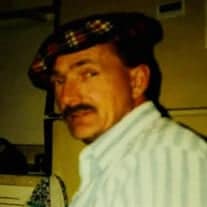 He was a painter by trade. He was preceded in death by two brothers, Fred and David Elliott. He is survived by his two sons, Nick Elliott of Blacksburg and Darrell Elliott of Christiansburg; granddaughter, Marissa; great-grandson, Grayson. He is also survived by four brothers, Kyle, Mikel, Sidney, and Larry Elliott; two sisters, Geniva Dorman and Judy Snider; companion and caregiver, Ellie Spradlin.

A memorial service will be planned for a later date.