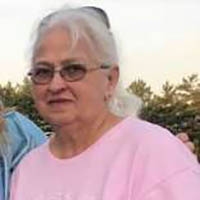 Barbara Ellen Kast Elliott, 68 a faithful member of Bethel Chapel Church in her home community of Clendennin, near Narrows, passed away April 10, 2021 at Lewis Gale Hospital, Blacksburg, VA. Born on December 16, 1952, in Clendennin, VA she was a daughter of the late Clarence and Alice Lafon Kast.

Barbara’s roots were in the Clendennin Community where she was born and raised. She has always been a member of Bethel Chapel, even when she moved away, she considered Clendennin Home. She and Dennis bought a home and moved back to Clendennin in 2005 where she spent quality time with family and friends. She was a hard worker and loved to cook and feed everyone. Everyone thought “there was nothing like MawMaw’s chicken.” She is a 1971 graduate of Giles High School. She began her career as a clerk at a jewelry store earning $15.00 per week, boy was she so happy. Nothing made her happier than her children, Dave, Tim, and Aaron, and her grandchildren. They lifted her up and encouraged her just coming by. Even on her bad days, their smiles made her feel better.

There will be a funeral service held at Bethel Chapel Saturday, April 17, 2021 at 2:00 PM with Pastors Eddie Kendall and Charlie Price officiating. The family will receive friends and family at the church Saturday, April 17, 2021 from 12:00 PM until 2:00 PM. Online condolences may be sent by visiting www.kendallfuneralhome.com. The staff of Kendall Funeral Home are honored to be serving the Elliott Family.