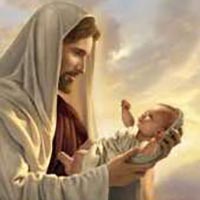 When the parents saw their boys in-person for the first time, they immediately noticed familial resemblances to the Vess and Elam families. Both boys took after their mother by having her lips and chin. Both boys took after their father by having his red hair. James and Joshua are identical twins, but they still had some differences. James had slightly chubbier cheeks, while Joshua had more peach fuzz. On January 7th, 2021, James and Joshua were first seen by their parents via sonogram. It was always a wonderful day for Hanna and Bryan when they could see their boys on an ultrasound. They will be remembered for kicking and playing around while their parents were singing and dancing. The boys were known for being extra active during church services and at night when reading the Bible with Bryan and Hanna.

The family will receive friends on Tuesday, August 10th from 6 to 8 p.m. at Horne Funeral Home in Christiansburg, Va. A memorial service will be held on Wednesday, August 11th at 11 a.m. at Good Shepherd Lutheran Church in Roanoke, Va. Graveside service is to be private at Sunset Cemetery.

But Jesus called them to him, saying, “Let the children come to me, and do not hinder them, for to such belongs the kingdom of God. -Luke 18:16