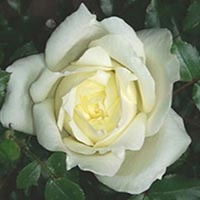 She was preceded in death by her husband, Harvey Eggert, and four brothers and sisters. Surviving to cherish her memory are her three children and their spouses, Sandy and Jeff Birch, of Blacksburg, Terry Eggert and fiance, Delia Gregg, of Seattle, and Kim and Patti Eggert, of Seattle. Grandma will also be remembered by her eight grandchildren and their spouses; her nine greatgrandchildren; four brothers and sisters still residing in her birth state of North Dakota; and many dear friends in Blacksburg and Seattle.

In lieu of flowers, memorial contributions may be sent to her Blacksburg home church, St. Michael Lutheran, for the Facilities Expansion Fund, at 2308 Merrimac Road, Blacksburg, Va. 24060.

A visitation will be held on Wednesday, July 23, 2008, at St. Michael Lutheran Church from 7 to 8:30 p.m. with a memorial service at 8 p.m. with Pastor John Wertz Jr. presiding. Fine desserts and fellowship will be in abundance. Arrangements by McCoy Funeral Home, Blacksburg, Va.