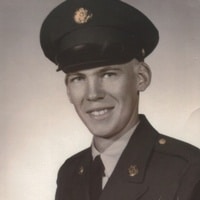 James “Jim” Selmer Eggers, Jr., 73, of Riner, succumbed to his battle with cancer on Sunday, May 12, 2019. Although he has been successful in most of the battles in his life, this one could not be defeated, even though he fought, as always, fiercely.

Jim grew up in Mountain City, Tennessee but was born in Cripple Creek, Virginia. He left Mountain City at a young age to serve his country proudly in the United States Army. Jim was stationed in Germany, and later in Vietnam where he fought in the Vietnam War. Upon his return to the United States, Jim worked for several years as a State Trooper, an Investigator for the Department of Interior, and was Head Estimator for a Specialty Contractor, just to name a few of his many adventures. Jim found his true calling as Founder and President of a small Specialty Contracting Company specializing in Environmental Issues, more specifically, Asbestos and Lead Base Paint Abatement. Jim enjoyed this career because it gave him a chance to “get back to farming….where he began”. Jim founded Drewco Enterprises, Inc. in February of 1995 and only closed the doors in 2019 when he could no longer operate the corporation with a hands-on approach due to his diagnosis with Stage IV Lung Cancer. Even though he had tried several times before in his lifetime, he was forced to retire. Jim stated several times before his death, “This is not how I pictured my retirement.” But, for those who knew him best, it is not surprising that he stopped working only when he was forced to do so and even then, went out fighting.

He was preceded in death by his parents, Selmer Eggers and Blanche Moody Eggers.

Those left to celebrate Jim’s well lived and full life include his life partner, Melissa K. Gross of Riner; his only sibling, Alice E. Hite and husband, Lacey Delbert Hite of Raleigh, N.C. Jim had three children, all boys, whom all admired and looked up to their father; Michael Roy Eggers and wife Amy Eggers of Raleigh, N.C., Stephen Wayne Eggers and wife Jennifer also of Raleigh, N.C., and James Andrew Eggers of Richmond. Jim was blessed with 6 grandchildren and 3 great-grandchildren. Jim is also survived by aunts, Mary Ellen Greer of Elizabethton, Tenn., and Lola Mae Purdue of Johnson City, Tenn. The list of family and friends who touched Jim’s life just as he touched theirs, is abundant.

For those who were fortunate enough to have Jim enter their lives, maybe for a lifetime, a season, or just a brief encounter, all will agree that he lived life to the fullest and with no regrets.

In lieu of flowers, the family asks that donations be made to the American Cancer Society or St. Jude’s Children’s Research Hospital.

The family will receive friends from 11 until 1 p.m., on Friday, May 17, 2019 at Mullins Funeral Home in Radford. Memorial services will begin at 1 p.m. with Maynard Lee Inman, Jr. officiating. Entombment will follow in Highland Memory Gardens Mausoleum in Dublin.

The Eggers family is in the care of Mullins Funeral Home in Radford. www.mullinsfuneralhome.com