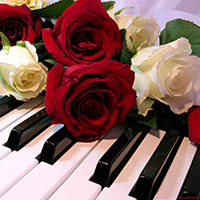 Sara Roberta Edwards, age 66 of Dublin, died Tuesday, September 20, 2016 at her residence. She was born on December 15, 1949 in Pulaski, and was the daughter of the late Virginia Patton Hall and Gilmer Hall.

In addition to her parents, she was preceded in death by her husband, Michael Edwards, and her son, Ricky A. Edwards. She is survived by her son, Michael Scott Edwards and his wife Amanda of Roanoke; and two grandchildren, Ricky Shane Edwards and Karis Sofia Edwards. She is also survived by a sister; Patricia Lawson and her husband Sam of Dublin; and her most favorite niece Melissa Slippey and nephew Barry Lawson and his wife Melissa of Richmond. She is also survived by her beloved cat, Ping.