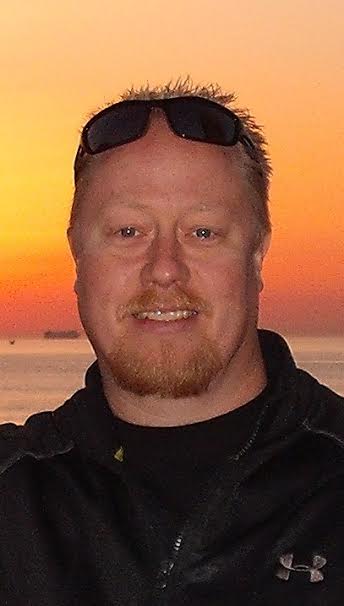 Ricky Alfred Edwards, age 45 of Christiansburg, died Wednesday, May 7, 2014 at Baptist Hospital in Winston-Salem. He was born on May 15, 1968 in Radford, and is the son of Sara Patton Edwards and the late Michael Wayne Edwards. Ricky was a veteran of the United States Army, and a long-time employee of Volvo Trucks in Dublin and was an active member of the U.A.W. local 2069. He is survived by his wife, Sheri Edwards of Christiansburg; a son; Shane Edwards and his wife Candice of Floyd; step-children; Ashleigh Lovelace, Zach Lovelace, Amanda Lovelace, Coby Lovelace; brother; Michael Scott Edwards and his wife Amanda of Charlotte, NC along with their daughter, Karis Edwards; and one grandchild; Braxton James Pennington. He is also survived by an aunt and uncle; Pat and Sam Lawson of Dublin; special cousins; Melissa Slippey of Christiansburg, and Barry Lawson of Richmond; special friend; Ricky Crowder of Dublin.

Funeral services will be held Sunday, May 11, 2014 at 8:00 p.m. at Seagle Funeral Home with the Rev. Kathie Wilson-Parks officiating. Visiting will be Sunday at the funeral home from 6:00 p.m. until 8:00 p.m. A military graveside service will be held Monday, May 12, 2014 at 3:00 p.m. at the Southwest Virginia Veterans Cemetery. In lieu of flowers, expressions of sympathy may be made in the form of donations to The American Cancer Society 2840 Electric Road Suite 106 A

Online condolences may be sent to the family by visiting www.seaglefuneralhome.com Arrangements by Seagle Funeral Home, Pulaski, VA. 540-980-1700