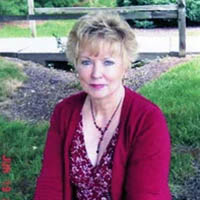 Lois Ann Moles Edmonds, born March 16, 1941, passed into eternal light on Wednesday, March 13, 2019. She was a 32 year employee of Radford University and a longtime member of Grove United Methodist Church.

Visitation will be Saturday, March 16, 2019, from 2-3 p.m. at Horne Funeral Home, with the Funeral Services to begin at 3 p.m. in the Chapel with Rev. Dr. Fred L. Austin officiating. Interment will be in Sunset Cemetery after the Service.