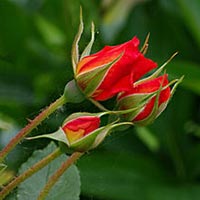 Judith Farley Edmonds, 60, of Radford, passed away Tuesday, October 9, 2007 in Roanoke. She was a member of Gethsemane Baptist Church in Radford and an avid Virginia Tech fan.

She was born November 15, 1946 in Bristol the daughter of the late William Campbell and Mary Stafford Edmonds. She was preceded in death by her parents and a brother, Campbell Slemp Edmonds.

Funeral services will be held Thursday, October 11, 2007 at 11 a.m. at the Gethsemane Baptist Church with Pastor Jerry Gibson officiating. A reception will immediately follow in the church fellowship hall. Interment will be at a later date in the Slemp Cemetery in Turkey Cove, Lee County, Va.

The family will receive friends from 10 a.m. until the time of the service at the church. In lieu of flowers the family requests that contributions be made to the Goodwill Industries of the New River Valley, 103 Duncan Lane, Radford, VA 24141. The Edmonds family is in the care of Mullins Funeral Home & Crematory in Radford. www.mullinsfuneralhome.com.