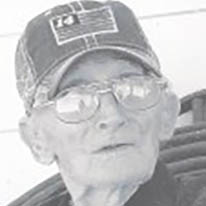 Robert Mason Echols, 99 years and 10 months, of Newport, left on his last bear hunt Friday evening, October 11, 2013, from Riverview Nursing Home in Rich Creek. Born in “Happy Hollow” December 10, 1913, he was a son of the late Arthur Clarence and Nellie Sue Stebar Echols.

He was also preceded in death by his daughter, Patsy Mason Echols Snider; his sister, Mildred Josephine Chapman and her son, Arthur Marvin “Bunny”; and his son-in-law, Ben Clarke Johnston.

Robert attended Maywood High School, served 14 months in Company 1368 CCC Camp Bobcat on Barbour’s Creek, and worked as a carpenter at Hercules-Radford Arsenal during World War II. He became a member of the United Brotherhood of Carpenters and Joiners Local No. 319 in the 1950s and as a Master Carpenter built many fine houses in the area. The Homestead at Hot Springs and the Peacock Room at Hotel Roanoke still show his touch. He also worked on the Virginia Tech Coliseum.

An excellent marksman, Robert loved to hunt and knew every hollow and stream in several counties. His memory was exceptional until the end. Having owned fast cars, he was a big fan of NASCAR, especially No. 14 driver Tony Stewart. This man was very content with his way of life in Happy Hollow where he spent most of his 99 years. Robert was a Life Member of the Craig County Historical Society and did restoration work on the “Keffer Cabin” at age 85.

Special thanks go to all the caring staff at Riverview Nursing Home in Rich Creek where he spent his last 25 days.