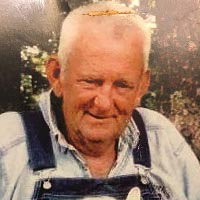 Don Landes Eaton, 81 of Pearisburg, VA went to be with the Lord on March 6, 2019 at Carilion Roanoke Memorial Hospital. Don was born in Giles Co. VA on September 8, 1937 and was a son of the late John Sheppard Eaton and May Johnston Eaton. Besides his parents, he was preceded in death by his wife of fifty years, Cassie Carol Meador Eaton, five brothers and three sisters.

Don was a veteran of the United States Navy, a retired employee of the Celanese Corp. in Narrows, was a 30-year member of the Celanese Fire Brigade. He was a loving father, grandfather, great grandfather and was a humble and kind gentleman to everyone he met.

Funeral services and celebration of life will be conducted at the Thessalia Methodist Church in Pearisburg (Sugar Run Rd.) at 2:00pm Sunday, March 10, 2019 with Charles Henderson officiating with burial following in the Farley Cemetery in Summers Co., WV.

The family will receive friends at the Church from 12:30 – 2:00pm before the service. Memorial donations may be made to the Thessalia United Methodist Church or the Poplar Hill Volunteer F.D., 725 Walkers Creek Valley Rd., Pearisburg, VA 24134. Online condolences can be sent to the family at givensfuneralhome.com.