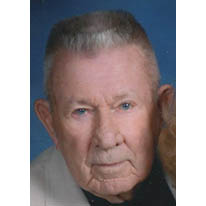 Harry Lyle East, Sr., 90, a retired veteran of the United States Air Force, with 21 years of service and a longtime resident of Narrows, VA, passed away on August 7, 2021, surrounded by family and the care of Good Shepherd Hospice in Winter Haven, FL.

Harry was born on June 15, 1931, to the late Varney and Lillie Mullins East. He attended Narrows High School before enlisting in the U.S. Air Force. Besides his parents, he was preceded in death by his first wife, Mildred B. East and his second wife, Gertrude H. East.

A memorial service to honor Harry’s life and military service, will be held at the Fairview Cemetery in Narrows, VA, on Tuesday August 17th, 2021, at 11:00am with Pastor Jay Smith of Hope Church officiating. The family will receive friends at The Celebration Room at the Givens-Riffe Funeral Service in Narrows, for a meal following the burial.

In Lieu of flowers, memorial donations may be made to the VFW in Narrows.