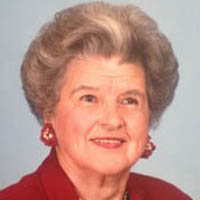 Mary Etta (Marie) East, 96, of Pulaski, passed away Sunday, October 26, 2014. Mrs. East was a longtime member of Memorial Baptist Church, Pulaski, Va. She retired after many years of service from the Virginia Tech Extension.

She was preceded in death by her husband, Wayne East; her brothers, Paul Hurd, Otis Hurd, Benford Hurd, Frank Hurd and Wilford Hurd; her sisters, Kathryn Parks and Ruth Boone.

Surviving is a sister-in-law, Evelyn Hurd; niece, Jackie H. Wood; nephews, Richard Parks, Bobby Ferguson, Kirby Boone, Mark Boone, Mike Hurd and Billy Hurd. She is also survived by, and the family would like to express their sincere appreciation to, her special friend and caregiver, Barbara Archer.