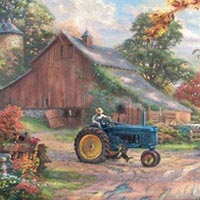 Daniel Truman (Red) East, 82, of Radford, died Saturday, February 25, 2006 in a Floyd nursing home. He was a retired employee of Meadowgold Dairies.

Funeral services will be at 11 a.m. Tuesday, February 28, 2006 at the DeVilbiss Funeral Chapel with the Rev. Joanie Shelor and the Rev. Vinton Quesenbery officiating. Interment will follow in Highland Memory Gardens. In lieu of flowers memorials maybe made to The American Cancer Society. The family will receive friends from 6 to 8 p.m. Monday, February 27, 2006 at the DeVilbiss Funeral Home, Radford.