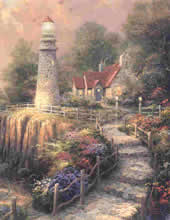 Clara Earnest, 92, of Pearisburg, went to be with the Lord on Thursday, February 27, 2014 at Carilion Giles Community Hospital in Pearisburg, Va. Clara was born on April 20, 1921 in Arlington, W.Va. and was a daughter of the late Gaylord T. Earnest and Cora Lynch Earnest. She was preceded in death by five sisters, Shirley Smith, Bertha Moody, Virginia Earnest, Dorothy Holsenback, Eva Litchfield; and one brother, G.T. Earnest, Jr. Clara was a retired bookkeeper, a member of the Ingram Village Methodist Church and was a member of the United Methodist Women. She is survived by Ada Ratliff, Edith Wudarski, Hazel Eaton, Margie Bean and her husband, Joe, all of Pearisburg. Funeral services will be conducted Sunday, March 2, 2014 at the Givens Funeral Chapel in Pearisburg at 2 p.m. with the Rev. Ted P. Anders officiating with burial following in the Birchlawn Burial Park in Pearisburg. The family will receive friends at Givens Funeral Home one hour before the service from 1 to 2 p.m. and at 150 Morning View Dr., Pearisburg. Memorial donations may be made to the Ingram Village Methodist Church, c/o Judy Morris, 237 Bane Rd., Pearisburg, VA. 24134. Condolences can be made to the family at givensfuneralhome.com.