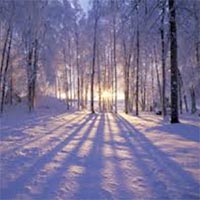 Mrs. Margaret W. Dyer, 78, of 640 Dover Place, Danville, Va., passed away on Saturday, December 12, 2009, at Danville Regional Medical Center after a decline in health for the past six months. Mrs. Dyer was born on June 22, 1931, in Salem, Va., she was the daughter of the late Walter Crockett Woolwine and the late Ella Jane Murdock Woolwine.

She grew up and lived most of her life in Radford, Va., before moving to Danville in 1984. Margaret was a member of Fairview United Methodist Church where she was a member of the Henry Hardy Fellowship Sunday School Class and the Kitty Yeatts Circle. She worked in clothing manufacturing before moving to Danville and later retired from Piedmont Vendors. Margaret loved to read, work crossword puzzles and travel to visit family and friends.

A funeral service celebrating Margaret’s life will be held at 11 a.m. Tuesday, December 15, 2009, at Fairview United Methodist Church by the Rev. Robert Gochenour followed by a 4 p.m. graveside service at Sunset Cemetery in Christiansburg, Va. by the Rev. Bobby Sutphin. The family will receive friends on Monday, December 14, 2009, at Wrenn-Yeatts Westover Chapel from 7 to 8 p.m. At other times the family will be at the residence, 640 Dover Place, Danville, Va.