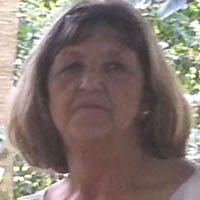 Donna Elizabeth Morris Dunn passed unexpectedly at her home in Max Meadows Virginia where she lived with her son and his family on May 24, 2015. She was born on September 18th, 1947, and was the daughter of the late John William (Bill) and Elizabeth Richardson Morris.

In addition to her mother and father, she was preceded in death by a sister, Sandra Kay Morris Bowles; and a brother-in-law, Jack Michael Bowles.

Donna was a graduate of Radford University in 1973 with her B.S., and 1990 with her M.S. both in Business Education, and where she also worked for 28 years as the Advising Coordinator, in the Center for Advising and Licensure, for the College of Education and Human Development where she touched endless lives and futures for students all around the Common Wealth and beyond.

Donna will be remembered for her laugh, which was contagious, kind, caring, forgiving, and a loving heart. She was an “Absolute giant in the world of advising at RU” as one colleague described her.

There are several close friends from her RU family that were just that family, and the RU community will truly miss Donna as a person, a mentor as well as an Advisor. She was a member of the National Academic Advising Association, Phi Delta Kappa, and Pi Omega Pi (Business Education Honor Society). She made several professional presentations just not at RU but at many national conferences around the country.

Away from RU, Donna was raised in Narrows Virginia, but called Max Meadows, VA home for the past eight months where she moved to after the passing of her mother. Donna was a beloved Mother to her son and daughter-in-law, a Grand Ma to her favorite grandson and the apple of her eye, as well as a best friend to them.

She enjoyed sitting on the front porch looking out over the beautiful hills of Wythe County on the family farm, it is where she called home. Donna was very involved with her family and their American Saddlebred horse farm. Donna was a vital part of the operation and supporting it in every aspect. She loved her horses as much as anything, and was always ready to go whenever the trailer backed up to the barn whether it was to a show or a sale, especially if it was headed to Kentucky. She hadn’t showed for several years but was always there by the rail or on the internet any time any of her family was in the show ring.

Most of all she truly loved to watch her son and grandson show in-hand babies. The breeding aspect was her favorite part of the horses, and when spring rolled around and it was time to see the new babies get their legs under them she was right there with a huge smile on her face thinking what everyone in the Saddlebred industry thinks, and that is will this one be a World Champion. Anyone that had the opportunity to know Donna knew that she loved the babies. Though she hadn’t raised a World Champion yet, she did raise a couple of Reserve World Champions. She was a member of the American Saddlebred Association, United State Equestrian Federation, and the American Hackney Horse Association.

Donna will be missed by her church family at The First Christian Church in Narrows which she supported in sprit and body. She had attended the church from a very young age when her father taught Sunday school, and she grew knowing the lord and believing in her faith. Donna also served in several positions in the church including treasurer and deaconess, among other positions whenever the need arose.

“Mom, I know that I was so fortunate to have you for a mom, where you were my rock, my best friend, my confident, but most of all you were what has helped me to become me, and for that I am forever grateful. With your sprit in my soul and your love in my heart I will try to continue to make you proud. I will miss you until we are reunited when I can lay my head in your arms and the tears will be of joy not sadness. I Love and Miss You!”

She is survived by her son Bobby Dunn and his wife April and their son Blake of Max Meadows; her ex-husband Leslie R. Dunn, who still to today considers Donna his best friend as she felt the same way; a niece, Pepper F. Crigger and her children, Emma and Sarah Lucas, Pepper’s husband, Mike Crigger, and his son, Carson Crigger; another niece, Missy and John Biggs, and their children Lexi, Grayson, and Shelby; and Donna’s special four legged friend Zoe Elizabeth.

The family is being served by Riffe’s Funeral Service in Narrows, (540) 726-2442 and online at www.riffefuneralservice.com.