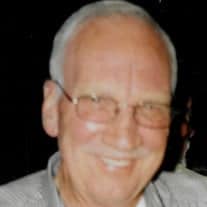 R.B. Duncan, age 83, of Christiansburg, died, Monday, February 14, 2022. He was born on April 30, 1938 to the late Oscar Eddie and Myrtle Walters Duncan. He was also preceded in death by his brothers, Leonard Eddie Duncan, Paul Allen Duncan.

R.B. was associated with Duncan Automotive Network for 47 years.

He is survived by his wife, Marilyn Phillips Duncan; several nieces and nephews; sisters-in-law and brothers-in-law, Reta and Jeff Faris, Colette and Mike Donnelly. A private service will be held.

In lieu of flowers, memorial contributions may be made to St. Jude’s Children’s Research Hospital. Arrangements by McCoy Funeral Home, Blacksburg.