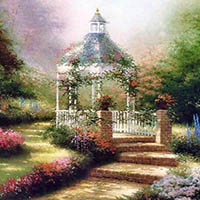 The family will receive friends Monday from 10:00 a.m. until service time.

Bower Funeral Home, Pulaski is handling the arrangements for the Duncan family.