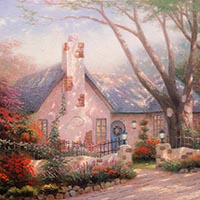 In addition to her parents, she was preceded in death by her husband, Edsel Duncan; one sister, Amanda Reed, of Floyd; three brothers, Robert Reed, of Alexandria, Paul Reed and Walter Reed, both of Floyd.

The family would like to extend special thanks to the staff of Skyline Nursing and Rehab for the care Mrs. Duncan received.

Online condolences may be made by visiting www.maberryfuneralhome.com.