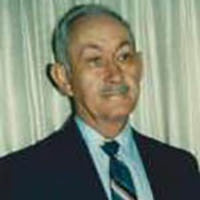 Bittle Joe Duncan, 81, of Newport, died Saturday, August 1, 2015 at Lewis-Gale Medical Center in Salem, VA after a short illness. He was born on “Northside” in Craig County on January 23, 1934 to Robert McKinley and Lizzie Ann Hughes Duncan.

After graduating from Maywood High School in 1951, he worked at Electro-Tec and then was employed by the Celanese Corp. for 34 years as a machinist, retiring in 1995. He and Joe Ann built a house in “Happy Hollow” where they have resided since the late 1960’s. His talents were many; from building houses to making fine furniture from old building boards, to carving intricate scenes of life around him. He probably made at least 300 miniature rocking chairs of different woods. This man invented a stock car racing game, “Buckle Up”, received a patent and produced it. A quiet , kind, gentle man, he was always willing to help anyone. He loved children, especially his “blonds”, his cats and flowers.

Joe became a member of Level Green Christian Church as a teen, and until his death, served in many offices: deacon, trustee, cemetery chairman and church treasurer. He also was on the Board of Directors of the Pembroke Telephone Co-operative and Giles-Craig Communications (cable) Board for over twenty years. Joe had also been a member of the Newport Masonic Lodge No. 261.

The family would like to express their appreciation to the staff at Lewis-Gale Montgomery and Salem for their wonderful care.

Funeral services will be held Tuesday, August 4, 2015 at 11:00 am in the Level Green Christian Church with interment following in the Level Green Church Cemetery. Ministers Dale Duncan will officiate. The family will receive friends at the church Monday evening from 6 until 8 pm. In lieu of flowers the family suggests contributions be made to Level Green Christian Church, 1992 Happy Hollow Road, Newport, VA 24128. The Kendall Funeral Home in Pembroke is handling the arrangements. Online condolences may be sent by visiting kendallfuneralhome.com.