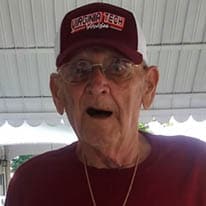 William Dean Dunagan, 87 of Pulaski, Virginia passed away on Saturday, February 5, 2022, peacefully at his home. Born December 16, 1935, He was the son of the late Robert Elmer Dunagan and Grace Aileen Whitaker Dunagan. He was also preceded in death by his wife Mary Roope Dunagan and his brother Robert Conley Dunagan, son in law Ricky Edmonds and life time friend Ann Meredith. 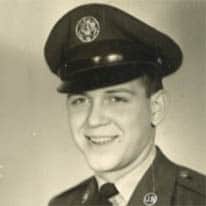 He served in the United States Air Force and retired from the Radford Army Ammunition Plant. He was also a member of Heritage Church in Dublin. Bill loved Gatewood Park, fishing, camping, and playing cards with family.

Left to cherish his memory is his stepbrother Fred Newman (Mary Lou) and his daughters Susan Edmonds and family (Taylor Leeann and Ryker Mae). Dedra Wade (Billy). A son Michael Dunagan, a stepson James Roope (Julie) and family and a stepdaughter Sharon Roope and family. He is also survived by 6 grandchildren and 8 great grandchildren.

Graveside services will be held at Thornspring United Methodist Church Cemetery on Friday, February 11, 2022, at 2:00 PM officiated by Robbie Vance, Chaplain at the Medi Health Home & Hospice. Military Rites will be offered by Pulaski VFW Post 1184.

The Dunagan family is in the care of Norris-Stevens Funeral Services. Online condolences can be made at www.stevensfuneralhomepulaski.com