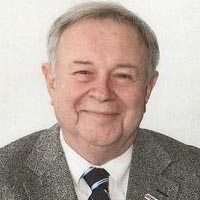 Mr. Dugger was an Industrial Arts teacher at Martinsville City Schools 1959 to 1967, Industrial Technology Education, Ohio State University, Associate Professor of Education, Western Kentucky University, 1970 to 1972, Director, Standards for Industrial Arts Programs Project, Virginia Tech, Co-director, Mission 21 Project, NASA – Virginia Tech,1985 to 1994, He was president of the American Industrial Arts Association from 1984 to 1985, setting the standards for industrial arts programs, president of ITEA (International Technology Education Association) from 1984 to 1985 and a Senior Fellow for ITEEA , served on the PHI Delta Kappa International Board of Directors and was the PDK District VIII representative from 1992 until 1998, an Emeritus Professor, College of Human Resources and Education at Virginia Tech and served as a professor of education in the College of Education at from 1972 to 1994, Director, Technology for All Americans Project, international Technology Education Association 1994 to 2005 and authored many books.

A funeral service will be conducted Tuesday, June 26, 2018 at 11 a.m. in Crowder-Hite-Crews Funeral Home with interment in Canaan Cemetery, Brodnax, Va.

Online condolences may be sent through www.crowderhitecrews.com. Crowder-Hite-Crews Funeral Home and Crematory, South Hill, Va. is serving the Dugger family.