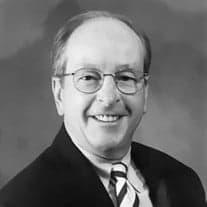 “DID HE HAVE PASSION?” by Loved Ones

Spotlight on a bare stage with a podium center stage. Enter History of Theatre teacher DON DRAPEAU from stage right. He is dressed in a dark blue blazer, a button-down dress shirt, striped tie, khaki pants, and penny loafers. He stands behind the podium and addresses the audience.

DON
Greeks didn’t write obituaries, they only asked one question after a man died, “Did he have passion?”

A glass of GLENMORANGIE enters from stage right.

GLENMORANGIE
Don always appreciated a sip of me after a fine meal, during great conversations, when he traveled from the Arctic to the Antarctic, and explored every continent. It was always about the adventure, embracing different people and their culture. Wherever he went, it was magical. He was always willing to try new things. Maybe that’s why he would always order the calamari at the hot dog stand; and was shocked when it “wasn’t very good.” It was about the spiritual experience when dining and exploring new places. That’s why he always loved me…or my cousin the wine. He had a passion for food and travel.

STUDENT 1
Don’s passion was love, guidance, support, and mentorship. He was my guiding hand. He invested in developing people.

FACULTY 1
He established a reputation for going far beyond what was expected of him with style and class. His wit and sense of humor, his keen intelligence, his generosity, compassion, his organizational ability, and his investment in people made him one of a kind. He supported his colleagues and made sure they knew he appreciated them. He made people’s lives better; his vivid love of others made the world a better place.

FACULTY 2
He led the Department of Theatre Arts at Virginia Tech for over thirty years; and served on various committees. He was also President of the National Association of Schools of Theatre, President of the Southeastern Theatre Conference, and President of the Virginia Theatre Association—to name a few. He was an active consultant and adjudicator for countless area high schools and colleges. Even in his retirement, he contributed his leadership skills to the community, including work with the Blacksburg Master Chorale, leadership of the Lyric Council, and Community Foundation for the Arts.

FACULTY 3
His many national awards included a Kennedy Center Medallion, a Virginia Theatre Association Distinguished Career Award, and the Southeastern Theatre Conference Award for Outstanding Service to Theatre. Toward the end of his distinguished career, he was inducted into the prestigious College Fellows of the American Theatre. One of his greatest honors was his involvement with the development and creation of the Moss Arts Center, which brings innovative, significant, and diverse performance arts, to the Blacksburg community.

FAMILY
Don loved his family. He would drop everything for them: though he may have been late once…or all the time. He loved sharing his passions with them, whether that be a family adventure at the beach, dragging the children around London to see a plaque where the Globe Theatre used to be, or drinking scotch and playing pool with the Son-In-Laws. He was never afraid to be silly and perform circus tricks with the grandkids, prank many with a Queen of Hearts card trick, and talk in a Donald Duck voice. When asked, he was always “ducky.”

Family included friends – his list went on and on. He engaged with whomever he was with, and you always felt special and loved in his presence. He was always a hands-on man with a natural creative ability to craft, build, and design. He would never hesitate to help construct a gigantic theatrical set or help family/friends in need with a minor house project.

But his ultimate passion was Libby. They met at High Point College and have been dancing through life together ever since. Don adored his wife. She was the rock at home, and he knew he couldn’t follow his passions without her.

DON bows to the audience.

WIFE
…but he wasn’t perfect…

ABOUT THE SHOW:
Donald A. Drapeau was born on May 15, 1940 in Ansonia, Connecticut. He graduated from High Point College in 1961 as a Delta Sig, and attended Grad School at the University of Connecticut, where he was the first person to graduate from the graduate program in theatre. He moved back to High Point as faculty for that department, and moved to Blacksburg in 1967 to help form the Theatre Department at Virginia Tech with Tony Distler.

CONTRIBUTIONS CAN BE MADE TO:
The Donald A. Drapeau Endowment Fund at Virginia Tech #885914
The Lyric Theatre of Blacksburg
The Moss Arts Center
The Community Foundation – Arts Alliance Group

Cast Party to be announced at a later date.

To send flowers or a memorial gift to the family of Don Drapeau please visit our Sympathy Store.