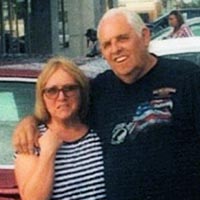 Rick was born on April 13, 1948 in Pearisburg and was a son of the late Cecil Richard Doyle and Maxine Pyles Doyles. Besides his parents, he was preceded in death by one sister, Sandra Ann Doyle and one brother, Robert Doyle.

Rick was a Vietnam Veteran of the U.S. Army, a member of the Rich Creek Baptist Church and he loved to ride his Harley-Davidson motorcycles with his friends.

He is survived by his fiancé, Bev Ferrell of Pearisburg, two sons, Shane Doyle and Damien Lee Doyle, two grandchildren and one great grandchild.

As per Rick’s wishes, he was cremated and there will be no public service. Online condolences can be sent to the family at givensfuneralhome.com.