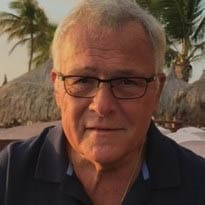 Thomas Edward Dowdy, 72, Bent Mountain, Va. died at his home surrounded by family and friends. Tommy was born in Blacksburg, Va. on April 3, 1950 and a 1968 graduate of Blacksburg High School.

After attending Virginia Tech, Tom joined the family business as a second generation hotelier. Dowdy brothers would go on to have hotel properties in Ohio, West Virginia, Tennessee, Virginia and North Carolina, a legacy passed on to his family.

Tom was also an avid sports coach and leader in the community. Tom coached many recreation league sports teams but his passion for coaching culminated in his bringing Lacrosse from a club sport to VHSL recognition at Cave Spring High School.