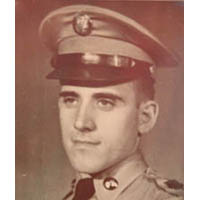 Alvin Guy Dove, 83, of Radford, was received into his eternal home with the Lord on August 1, 2015, surrounded by his family. Alvin was born at home in Blacksburg, Va., on October 9, 1931, the son of Leslie Guy and Grace Kirk Dove. He grew up in Blacksburg with his older sister, Mary, and graduated from Blacksburg High School in 1949. He began his studies at Virginia Tech in 1949 and, after serving in the Army, graduated in 1956 with a degree in Business Administration.

In 1952, he married Florence Delvizis of Christiansburg. They have four children.

In 1953, he began serving in the U. S. Army in Stuttgart, Germany as a member of the Military Police. He liked to tell stories about riding motorcycles and trains to explore Europe, and the many adventures along the way.

Alvin was best known to the community as an insurance agent. He began his career in 1956 with the State Farm Insurance Company. He then founded Dove Insurance Agency in 1964 and served the New River Valley for over 30 years. He was grateful for his many loyal customers over the years.
He was a long-time member of Calvary Baptist Church and served as the Sunday school Superintendent. He was a life member of the V.F.W. Post 776 in Radford and served as District 6 Adjutant, 1981-1982, and was a member of the American Legion. He was also a member of The Gideons International for many years.

Called “Papou” by his family, Alvin was known for his unique sense of humor, his many practical jokes, and for his kindness and generosity to his family and to the community. He remained thankful for his many friends.

Alvin is preceded to Heaven by his parents, Leslie and Grace Dove, and his sister, Mary Dove Grindstaff.

Alvin is survived by his wife of 62 years, Florence, and his four children and their spouses: Michael and Elaine Dove of Christiansburg, Joseph and Patricia Dove of Blacksburg, Kathleen and James Stump of Stephens City, and David and Kristina Dove of Christiansburg; seven grandchildren: Leslie, Michelle, Joshua, Caitlin and husband Freddy, Lukas, Meredith, and Emerson; and extended family members: Iho and Adna Tree of Madison, Wisconsin and their children Esther and Philip.

The family expresses heartfelt gratitude to the Radford EMS for their dedication and service to the community, and to the home health and personal caregivers that worked with him over the years. The family also thanks the staff of the Carilion Roanoke Memorial Cardiac Critical Care Unit and the Palliative Care Unit for their outstanding professional and compassionate service.

Funeral services will be held at 11 a.m. on Thursday, August 6, 2015 at the Calvary Baptist Church, 624 6th St., Radford, with Rev. Iho Tree and Rev. O. D. Morgan officiating. Interment will follow at 1:30 p.m. in the Southwest Virginia Veterans Cemetery in Dublin with Rev. James Walker officiating.
The family will receive friends from 5 until 7 p.m. Wednesday evening at the Mullins Funeral Home in Radford.

In lieu of flowers, the family requests that contributions be made to the Radford Fire and Rescue EMS, 1500 Wadsworth St., Radford, VA 24141.
The Dove family is in the care of Mullins Funeral Home & Crematory in Radford. www.mullinsfuneralhome.com