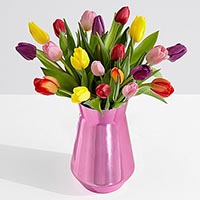 Lida was born in Pulaski, Virginia, on May 30, 1919, to the late William Daniel Macgill and Amelia Bell Macgill. She graduated from Pulaski High School and attended Mary Washington College.

She was preceded in death by her husband, James William Dougan; and a brother, William Daniel Macgill, Jr. Lida leaves to cherish her memory a daughter and son-in-law, Ann and Neil Black of Charlottesville; and a son and daughter-in-law, James William Dougan, Jr. and Pamela Bruno of Bellevue, Ohio. She also leaves five grandchildren, Ashley Black, Dana Black, Benjamin Dougan, Aaron Dougan, and Joseph Dougan. Also surviving are a special great-granddaughter, Kaitlyn DeNeil Zimmerman; a brother-in-law, Lawrence G. Dougan of Roanoke; a sister-in-law, Eloise B. Macgill of Snowshoe, West Virginia; and a niece and two nephews.

Lida will be remembered as a truly gracious lady. She was a gentle soul who treated all people with kindness and respect. She loved her family, fishing, and the Hokies. She was also active in her church.

The family wishes to thank the many people at Summit Square whom she considered a part of her family. Lida and her family hold a special place in their hearts for the staff and support personnel in the Health Care Center at Summit Square. They treated Lida with loving and professional care.

A Graveside service will be conducted at Riverview Cemetery in Waynesboro on Saturday, February 18 at 1 p.m. The family will receive friends on Friday from 7 to 8 p.m. at McDow Funeral Home, Waynesboro.