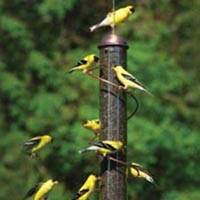 Dianne Chumbley Doss, 68, of Draper passed away Tuesday, September 16, 2014 at the Mt. View Retirement Home in Lebanon, Virginia. She was the daughter, of the late George B. and Thelma F. Chumbley of Draper.

Graveside Services will be held 2 p.m. on Friday, September 26, 2014at the Oakwood Cemetery in Pulaski with the Rev. Ruth Anne Henley presiding.The family will gather at the home of Richard and Faith Chumbley following the service. In lieu of flowers the family wishes memorial gifts be made to the Juvenile Diabetes Research Foundation; the Draper United Methodist Church; or a gift to your favorite charity in Dianne’s memory. Arrangements by Stevens Funeral Home, Pulaski, Va.