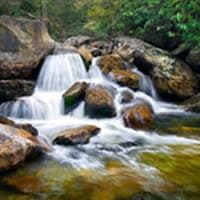 Roger Lee Dodson, 64, of Poplar St. in Narrows, departed this life Monday morning, April 18, 2016 at his home in the loving care of his family. Born in West Virginia on December 31,1951, he was a son of the late Virgil Howard and Susie Harless Dodson. Roger was retired from the home construction trades.

Private services were conducted Tuesday morning,at 10:30, April 19, 2016 at the Kendall Funeral Home, 605 Snidow St., Pembroke prior to cremation.Online condolences may be sent by visiting kendallfuneralhome.com.