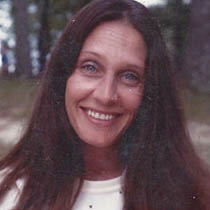 She was born in Pearisburg on July 7th, 1950 and was the daughter of the late Ed Junior Griffith and Greta Fitzgerald Griffith. In addition to her mother and father, she was preceded in death by two brothers, Eddie Joe (Buddy) Griffith, and David Griffith. She was of the Baptist faith.

Linda was the oldest of five which meant she held the responsibility of matriarch and the admiration of being big sis. She came from humble beginnings, living in a home for a time that had dirt floors. Yet, she would say “We would sweep so often that we must have the cleanest dirt around.” This work ethic, pride and appreciation of what she had been blessed with was something that remained with her throughout her life. Linda worked and retired from Celanese. Sixteen hour days were not uncommon nor a point of contention, as this was an opportunity to provide her children with a better way of life and things she could only dream of as a child.

Linda was known to be a loyal friend and a kind soul. She wasn’t known to make a fuss about anything really except the vision of some local referees and that some eaterie’s coffee must have been left out overnight. Linda loved sports and was a fierce competitor herself, beat her in a game of Yahtzee and that could garner you a few weeks of the cold shoulder. She expected to win as any family member should and live by the same mindset. Linda’s biggest love was her family and sports was a way she could support and share her optimism of what you can do.

Linda was a faithful wife, partner, and best friend to her husband JD. To us, her children and grandchildren, she was a leader, an open ear, a teacher, a safe place, a great sense of humor, a foundation, a strength, a provider, an uplifting spirit. She is an irreplaceable love to us all. To us, she is home, so much of what we know, she is Mom and we will miss her so.

Funeral services will be held Sunday, April 15th, 2018 at 3 PM in the Chapel of Riffe’s Funeral Service in Narrows with Pastor Joe Robinette officiating. Burial will follow in Fairview Cemetery in Narrows. The family will receive friends at Riffe’s Funeral Chapel Sunday from 1 PM until just prior to the service.