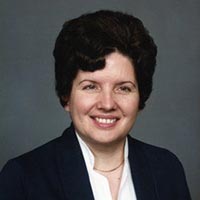 Shirley Ann Funk Diggs, 80, of Christiansburg, Virginia went to be with our Lord on Sunday, January 10, 2021. She was born in Rowlesburg, W.Va. on September 17, 1940 to the late Dora Beatrice Funk and Eugene Richard Funk. Shirley was preceded in death by her devoted husband of 49 years, Donald Sherman Diggs, whom she married on October 29, 1965 and passed on May 16, 2014.

Shirley graduated with the class of 1959 from Rowlesburg High School in Rowlesburg, W.Va. and Catherman’s Business College in Cumberland, Md. She retired after 33 years of service from Radford Army Ammunition Plant and continued working at Dr. Raymond Dyer Jr., family physician, Montgomery County Treasurer’s Office, and J.C. Penney Company. Shirley also was a Past Worthy Matron of the Order of the Eastern Star.

The family will receive friends on Saturday, January 16, 2021, at 12:30 p.m. at Burke Funeral Home, 24 Chestnut Street, Rowlesburg, W.Va. (www.burkefuneralhomewv.com), with a funeral service to follow at 2 p.m. in the Chapel. Interment will follow in Red Rock Cemetery in Macomber, W.Va. beside her mother and father.