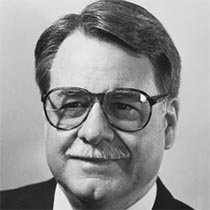 Frank Norris Dickinson went home peacefully to the Lord on February 1, 2018, with Diane Dickinson at his side, his wife of 60 years, and accompanied by the prayers of family and friends.

Frank Dickinson was born in 1930 in Belmont, Massachusetts, the only child of Francis and Grace Dickinson to survive infancy. He attended the Belmont Hill School, a private prep school, where he excelled in academics and athletics, serving as captain of the soccer team and developing a lifelong love of sports and fitness. His parents hoped he would achieve status as a doctor or lawyer, but he decided young that he wanted to be a farmer. With determination tempered with pragmatism — qualities that he would display in all he did — he went on to the University of Massachusetts in 1949, to major in animal husbandry, receiving his B.S. in 1953. Tending to livestock on the University farm taught him that farming was difficult and often unrewarding work. He decided to stay in the agricultural industry and to focus on the science and management side. But first, he followed up his undergraduate ROTC service by receiving a commission in the US Army. He completed armor school at Fort Knox, Kentucky, as a lieutenant and tank platoon leader in the famed 2nd Armored Division. At that time, the Korean War was raging, and every graduating armor school officer was being sent directly into combat. Frank expected to go to Korea as well. However, two weeks after he reported to Fort Knox, the war ended, and he found himself instead being shipped off to Germany, for relatively peaceful duty in the Cold War instead.

Frank returned to the US and received an honorable discharge in 1955 and was accepted into graduate school at the University of Illinois in the animal genetics program, with a focus on dairy cattle. At this time, the sciences were undergoing a computer revolution, and Frank took an interest in this developing field. His work involved use of the ILLIAC (Illinois Automatic Computer), the first computer built and owned entirely by a US educational institution. At a fraternity dance, Frank would meet Diane Blackwell, another Massachusetts native in the Illinois fields. Like Frank, Diane was a natural athlete, teaching physical education at Leroy High School. The handsome and athletic former Army officer and the beautiful and athletic teacher were a perfect match. They were married at St. Joseph’s Catholic Church in Diane’s hometown, Taunton, Massachusetts, on June 8, 1957.

The young couple returned to Illinois, so Frank could complete work towards his M.S. and Ph.D. They started their family while living in a humble trailer in Savoy, Illinois, where David, Glenn and Jan were born. The Dickinsons moved back East and eventually settled in Maryland in 1968, to be near Frank’s job at the Beltsville Agricultural Research Center, a facility of the US Department of Agriculture. In 1972 Frank took over as Research Leader and Lab Chief of the Animal Improvement Program Laboratory (AIPL), a position he held for 16 years. Frank and his colleagues had a profound effect on the US dairy industry, proving that by using genetic evaluations and rapidly evolving computer technology, dairy farmers could dramatically improve the health and profitability of dairy cattle. The US became a world leader in dairy production, and Frank was asked to speak in many other countries about the methods he helped develop. He co-authored a textbook on dairy cattle that was mandatory for university dairy courses for many years.

The Dickinson children were introduced to the outdoors at young ages, camping in a canvas, family-sized tent when they still were in diapers. The tent soon changed to a camper that they towed behind the family station wagon to Florida, Minnesota, North Carolina, and other places. Living near the Chesapeake Bay, Frank took an interest in boating. In his characteristically deliberate manner, he started with an 11-foot aluminum rowboat and a 7.5 horsepower motor, and then progressed through hull sizes to a 32-foot cabin cruiser named Echoes of Grace, after his mother. The family stayed active in sports and at Holy Rosary Church in Upper Marlboro, Maryland, throughout these years.

Frank retired from government service in 1988 and moved with Diane to Pataskala, Ohio, to take over as Chief Executive Officer of the National Dairy Herd Improvement Association. This organization works with US dairy farmers to improve their herd-management practices, using the continuously developing technologies that Frank helped to pioneer. Frank published many technical articles throughout his career and received many awards for his contributions to the industry.

Frank retired again in 1993, and he and Diane moved to Sun City West, Arizona. They continued to enjoy RV camping and stayed active and fit, going on many ski trips. In Arizona, Frank revealed a talent for stained glass and made many pieces, including custom windows, wall hangings and free-standing works.

As Frank and Diane advanced in years, their three children urged them to leave Arizona to live closer to any one of them. They chose Blacksburg, Virginia, and settled at Warm Hearth Village in 2014 and quickly made many friends. They continued to enjoy frequent visits with their three children and their spouses, and their seven grandchildren.

Now, Master, you may let your servant go in peace,
according to your word,
for my eyes have seen your salvation,
which you prepared in sight of all the peoples,
a light for revelation to the Gentiles,
and glory for your people Israel.
Lk 2:29-32