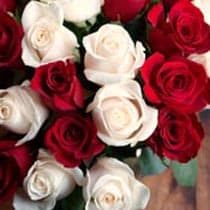 Ruby E. Harris Dickerson, 93 of Willis, passed away on Monday, April 27, 2020. She is preceded in death by her husband, Calvin Dickerson.

She was his helpmate all their married life as Calvin lost his right arm in WWII. They lived in Ballard, WV, where they raised two children, Martha and Tom, both of whom preceded Ruby in death.

Left to cherish Ruby’s memory are brothers and their wives, Russell Harris (Margurite) of Warrenton, VA and Wendell Harris (LaNita) of Meadows of Dan, VA; daughter-in-law, Diana Dickerson of Richmond, VA and numerous nieces and nephews.

Ruby was a member of Burks Fork Brethren Church as a child and returned to the church when she moved home to Floyd in 1996.