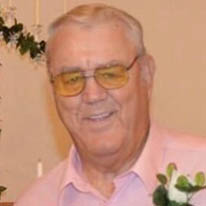 Kyle Ervin Dent, 83 of Narrows went to be with his Lord that he longed to see July 10, 2022, surrounded by his loving family and friends. Kyle was born in Elgood, WV on January 2, 1939 to the late Frank James Dent and Jenny Wade Dent of Elgood.

Kyle was a longtime member of the Church of God of Prophecy and how he loved his Lord. A true man of God, preaching the word, and letting the world know about his Awesome God. Very few of his conversations went without speaking of the Lord and quoting scripture “Let everything that has breath praise the Lord’; he would shout from the rooftops. He went about playing his guitar and singing (perhaps “He Holds the Whole World in His Hands” or “Thank You Lord for Your Blessings on Me”) at churches, reunions and flea markets, drawing crowds as the Light of God would shine forth. Kyle was known as the flea market man that could sell a blind man a pair of glasses, and he truly could. What an inspiration he was; and what a story his life told. Kyle loved his family and wife, Loretta; his sweetheart from the age of 17. He loved his children; and all of his grandchildren, along with his daughter-in-law, and sons-in-law who he loved as his own. No one was exempt from hearing The Word of God. Today, scriptures are quoted and memorized by many from hearing them as he spoke each one. In addition to this time, Kyle could be seen expressing himself by his artwork; writing a lyric; a poem; or simply in journaling.

Kyle is preceded in death by his sisters, Susie Stclair and Edna Hazelwood; his brothers, Jimmy Lake, Ray, and Walter Dent; and his precious grandsons taken too soon and so cherished, DJ Spangler, and Cody Conley.

A funeral service will be conducted on Saturday, July 16, 2022 at 12:00 PM at Mountain View Ministries Church of God of Prophecy (215 Hopkins Street Narrows, VA). Funeral services will conclude with a graveside service at Fairview Cemetery in Narrows, VA. Family will receive friends prior to the service on Saturday, July 16, 2022 from 11:00 AM until 12:00 PM at Mountain View Ministries. A guestbook is available to send a sweet condolence or share a story by visiting www.kendallfuneralhome.com. The staff of Kendall Funeral Home are honored to serve the Dent family.