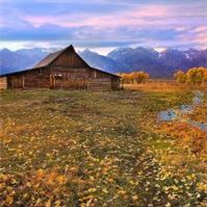 Byron L. (Barney, B.L.) Dennison, 75, a resident of Westford, Mass. and Blacksburg, Va., died Monday, March 13, 2006. Barney was born December 8, 1930 in Clarksburg, W.Va. He was the oldest son of Raymond L. (R.L.) Dennison and Edna Sturm Dennison, both of whom were college graduates and teachers.

Barney grew up in Keyser, W.Va., on the state dairy farm affiliated with Potomac State College, where his father was the Chair of the Department of Agriculture. The family focus on education continued through Barney as he attended first Potomac State and then West Virginia University (WVU) graduating in 1953 with a degree in Electrical Engineering.

In 1953 he moved to Philadelphia to work for Philco. In 1958 he accepted a teaching position at Virginia Polytechnic Institute (Virginia Tech) in Blacksburg, Va. where he earned his Masters degree in 1963. In 1962 he was selected to begin a doctoral program sponsored by grants from the National Science Foundation at Worcester Polytechnic Institute (Worcester Tech in Worcester, Mass.)

During the next four summers, and then full time 1965-1966, he completed his research at the Worcester Foundation for Experimental Biology. In 1966 when he had completed his research and course work he was hired to teach at Lowell Technological Institute (now UMass-Lowell). He finished his dissertation and earned his PhD in 1967 in Bio-Medical Engineering.

He became the Chair of the Department of Electrical Engineering in 1968. After he left full time teaching at UMass-Lowell, he taught once again at Virginia Tech from 1977 1979. He then taught at Southeastern Massachusetts University (now UMass Dartmouth) from 1979-1982. Throughout the 1980’s and 1990’s he was an adjunct at UMass-Lowell and Merrimack College. He was also a Licensed Professional Engineer.

Over the years he taught thousands of students, but the ones who remember him the most are his graduate students who he helped through their dissertations with everything from editing, to coaching, to finding a typist for them.

Barney was also involved in the Saint Michael’s Separated and Divorce Support Group for many years, at one time serving as a co-leader. Barney was an avid reader, letter writer and in his later years, a big internet and email fan. It was in this way that he stayed connected with friends all over the country including former students, childhood friends and co-workers.

Barney was an amateur radio operator (W3YFW and later W4ECD), earning his license in 1953. He loved the outdoors especially the mountains, the forests and the ocean. Barney loved animals of all kinds and for many years had a beloved German Shepherd companion, Pal.

Barney is survived by his daughters, Diane L. Smith, her husband, Bill, and their children, Nathan and Jessica of Germantown, Md., and Joanne Dennison and her husband, Gordy Glose of Martinsville, N.J. He is also survived by his former wife, Betty J. Davis of Morgantown, W.Va.; and a close friend, Barbara Thurston of Lowell, Mass.; his brother, John M. Dennison, his wife, Priscilla, their daughter, Abigail, all of Chapel Hill, N.C.; and nephew, John R. Dennison of Mendon, Utah, all survive him.

A memorial service will be held in August 2006. Badger Funeral Home, 347 King Street, Littleton, Mass. is in charge of arrangements.