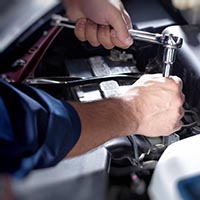 Andy loved to pick and aggravate. He was a good guy who was liked by everyone. He was a mechanic for many years.

Per Andy’s wishes, he will be cremated. The family is planning a memorial service to be held at a later date, which will be announced once planned.

In lieu of flowers, the family suggests memorial donations be made in “Andy’s” honor to either the ASPCA, https://secure.aspca.org/donate, or to a charity of your choice.