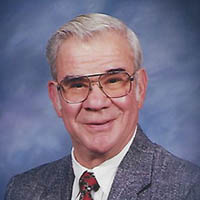 William “Leon” DeHart, 86, of Roanoke formerly of Floyd passed away on Friday, June 1, 2018. He was a long time member of Grace Church, where he served as Deacon for many years. Leon served his country in the U.S. Air Force during the Korean War.

He was preceded in death by his parents, Alvis and Edith DeHart; brother, Herman A. DeHart.