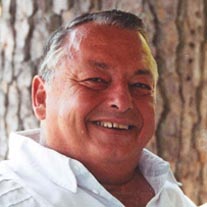 Raymond Andrew Dehart, Jr., 72, passed away Monday, February 8, 2016 at his home in Willis. He was a member of Beaver Creek Baptist Church in Floyd and was a U. S. Navy veteran. He retired from the Naval Weapons Station as an inspector.

He was preceded in death by his parents, Raymond Andrew, Sr. and Ruth Bugg Dehart.

Funeral services will be held at 12:30 p.m. on Thursday, February 11, 2016 at the Mullins Funeral Home in Radford with Rev. Shannon Hicks officiating. Graveside services with full military honors will follow at 2 p.m. at the Southwest Virginia Veterans Cemetery in Dublin.

The family will receive friends from 5 until 7 p.m. on Wednesday at the funeral home.

The Dehart family is in the care of Mullins Funeral Home & Crematory in Radford. www.mullinsfuneralhome.com