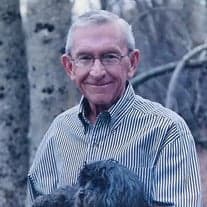 Maj. James C. Deemer, USMC (Retired), 86, of Blacksburg, Va., died Tuesday after a long illness. His family began missing him even before Jimmy, as he was known, left the earth where he once golfed, joked, and battled the wisteria. Because of his 21 years serving in the Marine Corps, you might think he’d be tough, and he was in many ways. Mostly, he was the gentlest Marine you’d ever know.

Born in Blacksburg, Va., to the late Karl Ottmar Deemer and Coralie Slusser Deemer, he remembered playing on the slag pile in the Slusser Coal Mine his grandfather once owned. A gifted athlete, he loved sports and played basketball at Blacksburg High School. But it was golf that became his early favorite, from the time he picked up his father’s wooden clubs as a young boy. One of his first jobs was caddying with his brother at the Hill Course. He attended University of Florida on a golf scholarship, then transferred back home to his beloved Virginia Tech, earning a bachelor’s degree in business.

In 1958, he joined the Marine Corps, something he had wanted to do in honor of his favorite uncle, a decorated Marine in World War II. Jimmy was a career Marine who served two tours in Vietnam and often repeated the USMC motto, Semper Fi, “always faithful.” In Vietnam, Jimmy served as an aerial observer and was shot down twice, receiving a Purple Heart for his injuries. The war took its psychological toll, as wars do. When he talked of Vietnam, he could describe the people he knew vividly, but could rarely recall their names. After he retired in 1979, he began a career in real estate, living in Virginia Beach before returning to the Blacksburg of his childhood.

In 1988, he met Linda, “my wife, the love of my life,” and in 1989, the southern gentleman married the outspoken New Yorker at the home of a dear friend. They were married for 32 years. They worked together, traveled until they couldn’t, celebrated date night on Fridays until they couldn’t, and always enjoyed their families.

Those left to cherish his memory include Linda, the wife and partner who lovingly cared for him these last years and always; his brother, William M. Deemer, of Blacksburg; his son, James C. Deemer Jr., of Ormond Beach, Florida; his bonus children, Madelyn and William “Butch” Lazorchak of Arlington, Va., and Andrew Rosenberg and Melanie Ross of Brooklyn, N.Y.; his grandchildren, Cole and Dillon Deemer; Graham and Karina Lazorchak; and Jules Rosenberg; sister-in-law Ellen Strier; loving nieces and nephews Brownie, Billy Jr., Michele, Robert, Richard, Shari, and Michelle; and many friends.

The family thanks Carilion Hospice for their wonderful care and especially Cindy, Marissa, Julie, and Tom, as well as private caregivers Chris and Stephanie.

In lieu of flowers, the family requests that donations be made to Blacksburg High School with the memo line “Jimmy Deemer Golf Scholarship Award” (or call the school for instructions), Carilion Hospice, or the charity of your choice.