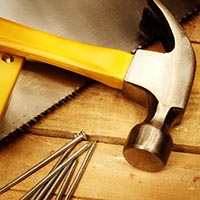 Scott William Dean, 49, of Peterstown, WV departed this life Saturday morning, December 6, 2014 at Giles Community Hospital in Pearisburg. Born in Nashua, New Hampshire on May 31, 1965, he was a son of the late Charles William and Lorraine Vaillancourt Dean.

He was a carpenter by trade and was preceded in death by his parents his half-brothers Donald and Glenn and his half-sister Linda.

Funeral services will be conducted Tuesday at 7 pm in the Kendall Funeral Home, 605 Snidow St., Pembroke. The family will receive friends at the funeral home two hours before the services. The family suggests that flowers be omitted and contributions be made toward the funeral expenses.