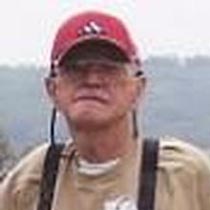 Wayne Thornton Davis, age 84, of Pulaski passed away Saturday, February 20, 2016 at the Lewis-Gale Hospital-Pulaski. Born January 9, 1932 in Bland, Virginia he was the son of the late Albert T. & Annie King Davis.

Funeral services will be held 7:00 PM – Tuesday, February 23, 2016 at the Bower Funeral Home Chapel, Pulaski with Becky Wheeler officiating. Inurnment will be at the Southwest Virginia Veteran’s Cemetery at 11:00 AM – Thursday morning February 25, 2016.

The family will receive friends from 4:00-7:00 PM – Tuesday evening at the Funeral Home.

Special thanks to the ICU ward at Lewis-Gale Pulaski Hospital for taking such wonderful care of our father and family.

To sign the online guestbook, visit www.bowerfuneralhome.com Bower Funeral Chapels, Pulaski is handling the arrangements for the family.