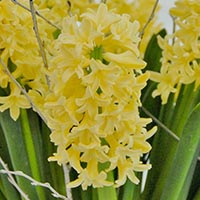 She was born March 27, 1925, in Pulaski, and was the daughter of the late Wilma Ritter Chandler and John Chandler. In addition to her parents, she was preceded in death by her husband, Trinkle W. Davis, Sr., and a sister, Wanda C. Rhudy.

Mrs. Davis was a fifty-plus year member of the Order of the Eastern Star, a member of the First Centenary United Methodist Church in Chattanooga, and was a retired employee from Proffitt’s Department Store.

She is survived by her son and daughter-in-law, Whitten and Brenda Davis, of Chattanooga; one grandson and his wife; two sisters, Janice Agee, and her husband, Steve, of Roanoke, Va., and Diane Delbridge, and her husband, Curtis, of Richmond, Va.; and several nieces and nephews.

Funeral services will be held Sunday at 4 p.m. in the East Chapel of Chattanooga Funeral Home with Dr. David Harr officiating. The family will receive friends Saturday evening from 4 until 8 p.m. and again on Sunday from 2 p.m. until service time at the funeral home.

A visiting in Pulaski will be held Monday, February 12, 2007, from 4 until 8 p.m. at Thomas M. Seagle & Sons. A graveside service will be held Tuesday February 13, 2007, at 11 a.m. in the Hidden Valley Cemetery in Bland County. Online condolences may be sent to the family by www.seaglefuneralhome.com. Arrangements by Thomas M. Seagle & Sons in Pulaski.