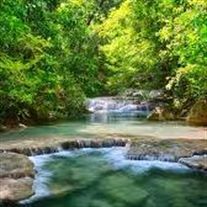 In addition to her mother and father, she was preceded in death by her husband of 37 years, David McCoy Davis; a brother, Walter Kuk; and a sister, Mary Davis.

She was a member of First Presbyterian Church in Narrows. She served as the past president, past secretary, past treasurer, past sergeant-at-arms, and as the poppy chairman of American Legion Post #68 Auxiliary. She was also a volunteer at Carilion Giles Memorial Hospital in Pearisburg, and participated each year in the Giles County Relay for Life to benefit the American Cancer Society.

She is survived by a daughter, Mary Ann Crowder and husband, Gene, of Salem; a son, Mike Davis and wife, Carolyn, of Roanoke; four grandchildren, Lisa Davis, of Roanoke, Cheryl Rakes, of Salem, Jeff Davis, of Greensboro, and Greg Crowder, of Raleigh, N.C.; five greatgrandchildren; one brother, Dan Kuk, of Sandusky, Mich.; two sisters, Ann Lonski and Kay Steckel, both of Westland, Mich.; several nieces and nephews; and numerous friends.

Funeral services will be held at 11 a.m. Friday, June 6, 2008, at First Presbyterian Church in Narrows with the Rev. Shirley M. Larson officiating. Burial will follow in Birchlawn Burial Park in Pearisburg.

The family will receive friends at Riffe’s Funeral Service on Thursday, June 5, 2008, from 6 to 8 p.m. The family requests that those sending memorial contributions, please consider First Presbyterian Church of Narrows or American Legion Post #68. Online condolence messages can be sent to the family at www.riffes.com.