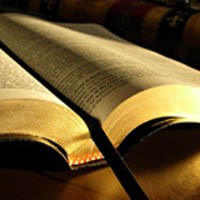 Mr. Stafford Euclyde Davis, 91, of Christiansburg, Virginia formerly of Temple passed away August 30, 2007. Mr. Davis was born on May 13, 1916 in Hyde County, North Carolina the son of the late W. Nathaniel Davis and Maude Boyd Davis.

He was a retired minister of many states including West Virginia, Virginia, North Carolina, Georgia and Ohio. He was a Member, an Elder and Adult Bible School Teacher at Liberty Christian Church in Bremen. After retiring from ministry, he was a resident manager of the boys dorm at Johnson Bible College. Mr. Stafford was active in the Temple Senior Center and an avid gardener.

In addition to his parents, he was preceded in death by his wife, Ruth Matthews Davis, three brothers, Carl Davis, Rudolph Davis and Felix Davis and one sister, Lyda Stowe.

Survivors include a son and daughter in law, Stephen and Karen Davis of Salem, Va.; a son and daughter in law, Rebecca and Jim Shepherd of Danville, Ill.; sisters and brothers in law, Marily and Fletcher Yearty of Temple and Velda and Charles Matthews of Mason, Ohio; four grandchildren and three greatgrandchildren and a number of nieces and nephews.

Share your thoughts and memories in our guestbook at www.hightowerfuneralhome.com. Hightower Funeral Home of Bremen has charge of the arrangements.