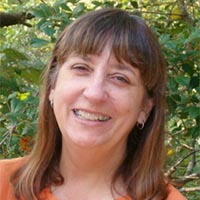 Margery Ann (Salisbury) Davis, of Blacksburg passed away suddenly at 5:52 AM on Friday, 12 October 2018. Marge was born in the National Homeopathic Hospital in Wash., DC on 31 Dec 1948 to Homer and Dorothy (Meyer) Salisbury. She grew up on Wheeler Rd. in Oxon Hill, MD. The family bought a house on Allentown Rd., Camp Springs, across from Andrews AFB where her mom worked at the base hospital, simply climbing over the fence to go to work in those days. Her dad worked in DC. She attended Camp Springs Elem., Taney & Surrattsville JHSs, and was in the 1st graduating class of Crossland HS.

She attended U. of MD in home economics, but met her future husband Bill (William A. Davis) at a church coffee house, and they attended a Peter, Paul, and Mary concert at the Carter Barron Amphitheatre in the Rock Creek Park (in DC) for Bill’s birthday. They attended concerts regularly at the old Watergate landing (the Rock Creek Parkway under the memorial bridge was closed for these concerts from a barge in the river).

Bill and Marge married on Labor Day, 2 Sep 1968, at Bells UMC, and moved to U of IL for a continuation of college. At first Marge worked and then went back to school at Parkland Jr. College to get an associates degree and transferred to UI for a BS in Home Economics. She started an MS, but dropped out to give birth to Paul in 1973. In 1974, Bill and Marge moved to Dayton, OH, where Bill served in the USAF, teaching at AFIT and Marge had Diana in 1977.

In 1978, they left active duty and moved to Blacksburg for Bill’s work at VT. As the kids grew, Marge went back to school at VT to get an MS in Adult Education. She continued and earned a PhD in Clothing and Textiles. She worked at Heironimus and Goodys, finally operating her own Davis’ Big and Tall men’s clothing store on Main St. for 10 yrs. After retirement (closing the store), she became active in the VT Faculty Women’s Club, and regularly took trips with the VTFWC, B’burg Comm. Center, and Montgomery Co. Rec. She began regular trips with Bill to visit parks and other sites with college friends Jan and John Loomis of Dayton – playing bridge on the trips. She also traveled internationally with Bill to many countries.

At the end of Aug, Bill and Marge celebrated their 50th wedding anniversary with all the kids and grandkids, as well as Bill’s brother and wife, at Hawk’s Nest State Park at the New River Gorge, WV. They all had a great time as the kids played and experienced the jet boat to the bridge.

Marge volunteered at Smithfield Plantation and was an active member of the VT Faculty Women’s Club, a President of the Book Club and member of the Bridge Club. She was active in the Blacksburg UMC choir and enjoyed hiking, kayaking, attending plays and musicals, and visiting historical sites.

The kids grew up in B’burg: Paul and Amy living in MD with 2 girls and Diana and Michael Israel living locally with 3 boys and 1 girl. Marge is survived by: her husband Bill of 50 years, Paul’s family, Diana’s family, her older brother Steve, younger sister Glenda, and their extended families. She was preceded in death by her parents and younger brother John.

The family will receive visitors at the Blacksburg United Methodist Church from 3-4:30 on Tues, 16 Oct, immediately followed by a funeral service and reception.

In lieu of flowers, gifts may be given to Blacksburg UMC or the VT Faculty Women’s Club for a memorial scholarship. Arrangements made by McCoy Funeral Home, Blacksburg, VA.