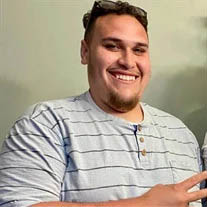 Keley Michael Davis, age 30, of Blacksburg, died, Saturday, June 18, 2022. He was born in Greensboro, North Carolina on November 2, 1991. He was preceded in death by his paternal grandparents, Keley and Rena Boothe and maternal grandfather Gale Nolen.

Keley was operations manager at Owens Dining Hall at Virginia Tech. He was a member of the Boonie Goonies. He enjoyed spending time with his brother Marcus and his other brothers.