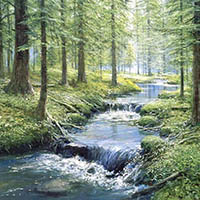 Frank Thomas Davis of Floyd left his used, old, worn, pain-filled body on earth for his wings of glory with our Heavenly Father. He now can walk, run or fly until his heart is content, and will suffer no more.

He leaves behind his wife of twenty-seven years, Patricia Reed Davis; daughters, Lisa Altizer, Rachel and Peter Harmatuk; sons, Michael and Casondra Altizer, Clay and Melaney Davis, James and Janet Davis; a sister and brother-in-law, Brenda and Lindsay Stinnett; one brother; and one brother-in-law, Roger Reed and fiancée, Patsy Frank. He was blessed with nine grandchildren, one great-grandchild, several nieces and nephews, and special father-in-law and mother-in-law, Alvis and Reva Reed.

A memorial service is planned for a later date.

Condolences to the family may be made at www.gardnerfuneralhomefloyd.com. The family is being served by Gardner Funeral Home, Floyd.