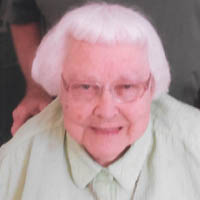 Evelyn Cook Davis, 85, of Blacksburg died, Friday, April 3, 2020, in her home. She was born in Coal Bank Hollow, Blacksburg, VA on May 23, 1934 to the late Harry and Laura Kanode Cook. She is also preceded In death by her husband, Bill Davis, and a son, Darrell Davis.

She was a longtime member of Blacksburg First Wesleyan Church.